MOBA
At heart, Clash Royale fluidity comes from its mechanic.  A clean card game – real time strategy (RTS) feel yet opponent style of play varied thus every decision comes with tactical means. MOBA has come along way since it’s introduction in iOS and Android. Regardless how simple mobile multiplayer works in comparison to the bigger platform like PC and console, it surprisingly addictive and fun with Clash Royale. As level improve, player has chance to compete against peers in Custom Tournament or Victory Challenge to receive top prize. At start, a series of tutorial call ‘training camp’ were set before player step path to the arena in multiplayer mode. That’s where you’ll be applying skills and technique against Clash Royale player around the world.

Cards-Character-Elixir Relationship
Gem moves everything around here and it act as a pass. You’ll also receive gold which use to enhance card ability and XP. Gem is beneficial to unlock chest otherwise prepare to wait between 3 to 8 hour for one to open. Classic to game release as freemium, in app purchase is required to fasten your growth although it is possible to move along without a dollar but you’ll need patience to deal with daily limit and time gate, this is where Clash Royale lose its grip.

The rules are simple. To win, destroy as much enemy building possible before times runs out. If both side are tie, expect time extension in sudden death match before winner are crown. In total there are 64 cards available to be collected. They are important throughout the game to summon troops with each card varied by character specialty. A common type card signified as blue, rare as orange, epic as purple and legends by rainbow. Player has full flexibility to customize their decks based on preferred strategy and type of play. A certain character may have ability to cause huge damage but at the same time may lack armor or air attack. The way player utilizes their elixir, timing and movement has big influence on card effectiveness during battle making every match hard to predict.

In a Nutshell
Clash Royale is adorable and witty. For some, in app purchase and daily limit might be an issue but this pocket rocket does stellar in many aspect of the game undeterred by it size. Whether to pay or not it doesn’t pull anyone away from fun. We like it. It’s been a while we enjoy something like this coming from mobile side.

6 Game Developer Tips on Creating an Epic RPG for Mobiles 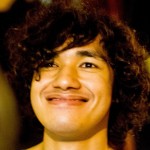 Infographic 2019: Forest Interactive at a Glance

Positive 5G Outlook Post COVID-19: What Does It Mean for Avid Gamers?