There’s Probably An App For This

There is no denying that the more dependent consumers are to technology, the more pressure and opportunity there are for businesses to adapt to change.  For instance, the number of smart cities has been rising at a constant rate over the years and more services are tied to an app or linked to the web. With this, more gadgets are conceptualized, built and launched targeting the way we live and incorporating automation in our everyday life.  To put it simply, there is no other way to go but tech–we have seen the movies, we sang the songs;

Reliance in tech can have both good and bad effects to the well-being of any individuals especially if the tech is used for the wrong reasons, although tech giants have come to address that concern by enforcing several forms of two-factor authentications and treading the future in a more vigilant way. But when you look at it, robots and AIs are so impressive they can even beat you in a game like AlphaGo or even to the extent where one of this year’s biggest Dota 2 tournament, The International #TI8 – OpenAI also made a remarkable performance using AI and giving the players a run for the money.

Fictions are becoming our reality

Going mainstream about the hype, one would find the likes of Westworld and Black Mirror both exciting and terrifying at the same time. Though when you really think about it, the stories could actually happen in the future, in fact, some of it is already happening. (Spoiler alert for Black Mirror Season 3 Episode 1) Can you imagine yourself being off-boarded on a flight because you did not get enough “likes” from your circle? Highly unlikely to happen this year although it cannot be argued that the former is already practiced in elite groups and exclusive memberships and should business inject tech and big data into it, the sky is the limit. You even get free stuff, flights and room accommodations if you could show that you have enough followers to claim the title: influencer. But that calls for another article.

Building a cashless society and putting money on virtual solutions

Traveling to different countries also open your mind to the wonders of technology. In China, for example, WeChat Pay has become so common that it matured to be a staple in paying for anything—beef skewers from a street vendor, paying for hostels and even to ticket purchasing for bullet trains! Everyone seems to have it and yet in other regions, WeChat is only known as a chat app at par with the likes of Viber, Messenger, LINE, Telegram, and WhatsApp—although it rises to be so much more. In recent news, Alipay has around 520 million users while WeChat comprises 1 billion monthly active users and is taking the world by storm one country at a time.  WhatsApp and Facebook Messenger joined in on the consumer marketing bandwagon too by activating business options giving consumers the chance to send queries by simply going to the business page. Delivery updates have become handy as well, as one does not need to go to a website and fill in forms or call customer service.

Direct carrier billing or direct operator billing has proven to be a strong contender in building a trading line that is so efficient it even transcends banking in general.  Forest Interactive offers this technology by enabling users to purchase Steam Wallet Codes by simply keying in the mobile number and email, and receive the codes via SMS! The amount is automatically deducted from your mobile credits/load too.

There is also some good to take in having everything in the cloud, as it seems, due to this need, there is no longer a need to print receipts, build retail stores and hire more manpower which in turn lessens the need for paper hence saving trees in one way or another.  Stamatina Th. Rassia and Panos M. Pardalos in Smart City Networks: Through the Internet of Things (2017) noted that “converged systems form the basis for the concept of smart cities and realize system-of-system integration and cost-efficient solutions that will provide citizens and business with a high quality of life while meeting its ambitious sustainability agenda.”  Soon enough, we might finally get to experience virtual surgery and health care (see Verizon’s Humanability project) that could help save millions of lives from areas that are hard to reach.

Automating everything and the constant itch to know

Smartwatch owners – how many times have you checked your wrist for anything these days?

You track your steps, you check your heart rate, you check the altitude, you check your messages, you check the headlines, missed calls, weather, and the list goes on. Chances are, you have already connected it to your smart devices at home like your television, speakers, coffee maker and tracking your child too! Wherever you go, whatever you do, it feels like it’s attached to you–that is the power of smart cities. That is the future, and Anthony Townsend said it best:

“The old city of concrete, glass, and steel now conceals a vast underworld of computers and software. Linked up via the Internet, these devices are being stitched together into a nervous system that supports the daily lives of billions in a world of huge and growing cities.  Invisibly, they react to us, rearranging the material world in a flurry of communiques.  They dispatch packages, elevators, and ambulances. Yet, as hectic as this world of automation is becoming, it has a Zenlike quality too. There’s a strange new order. Everything form traffic to text messages seems to flow more smoothly, more effortlessly, more in control.”

Quoted from Smart Cities: Big Data, Civic Hackers, and the Quest for a New Utopia by Anthony M. Townsend. Copyright © 2013.

Here are a few fictional examples that could happen:

Olivia loves her dog, she is caught up at work but she wants to make sure her dog is fed, she opens an app that books a dog walker and that app can also tell her if the dog has been fed and where the dog walker takes the dog—all part of the tracking device by the leash. Moments later, she wants to know if her door is locked, she opens another app that controls the locks in her house, and the same app can monitor and switch the lights, temperature and change the music playing in her bedroom.

Jonathan recently had a bouldering injury and just went through surgery. He also likes taking care of his fishes, he owns eight (8) aquariums at home but his mobility is limited; so he asks Srilexa (the virtual assistant) to turn off the light, control the water pressure and play music he is in the mood of—all while doing the physio exercises in his study room. On top of that, he checks the dash cam in his car borrowed by his brother that also gives him the ability to track the speed real-time.

All in all, I am certain you have heard this, we are living on the brink of the 4th industrial revolution era where the fusion of technologies is blurring the lines between the physical, digital, and even biological spheres. We do something or want to do something and we get to ponder: “there’s probably an app for this..” and chances are.. there is! So keep your eyes open for the wonders of tech and learn about how it works—both the exciting and scary ones!

Disclaimer: Views and opinions expressed in this post are those of the author. They do not purport to reflect the opinions or views of the company.

Top-notch Steam-powered Games of 2018 | See you at The Kuala Lumpur Major! 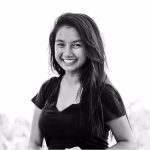 Originally from the Philippines, currently working in Kuala Lumpur. Graduated at the University of the Philippines with a masters degree on Public Policy. Listens to the music of Billy Joel, QUEEN and The Beatles. Loves the great outdoors and believes that no winter lasts forever.

What will the Gaming World bring you in 2019?